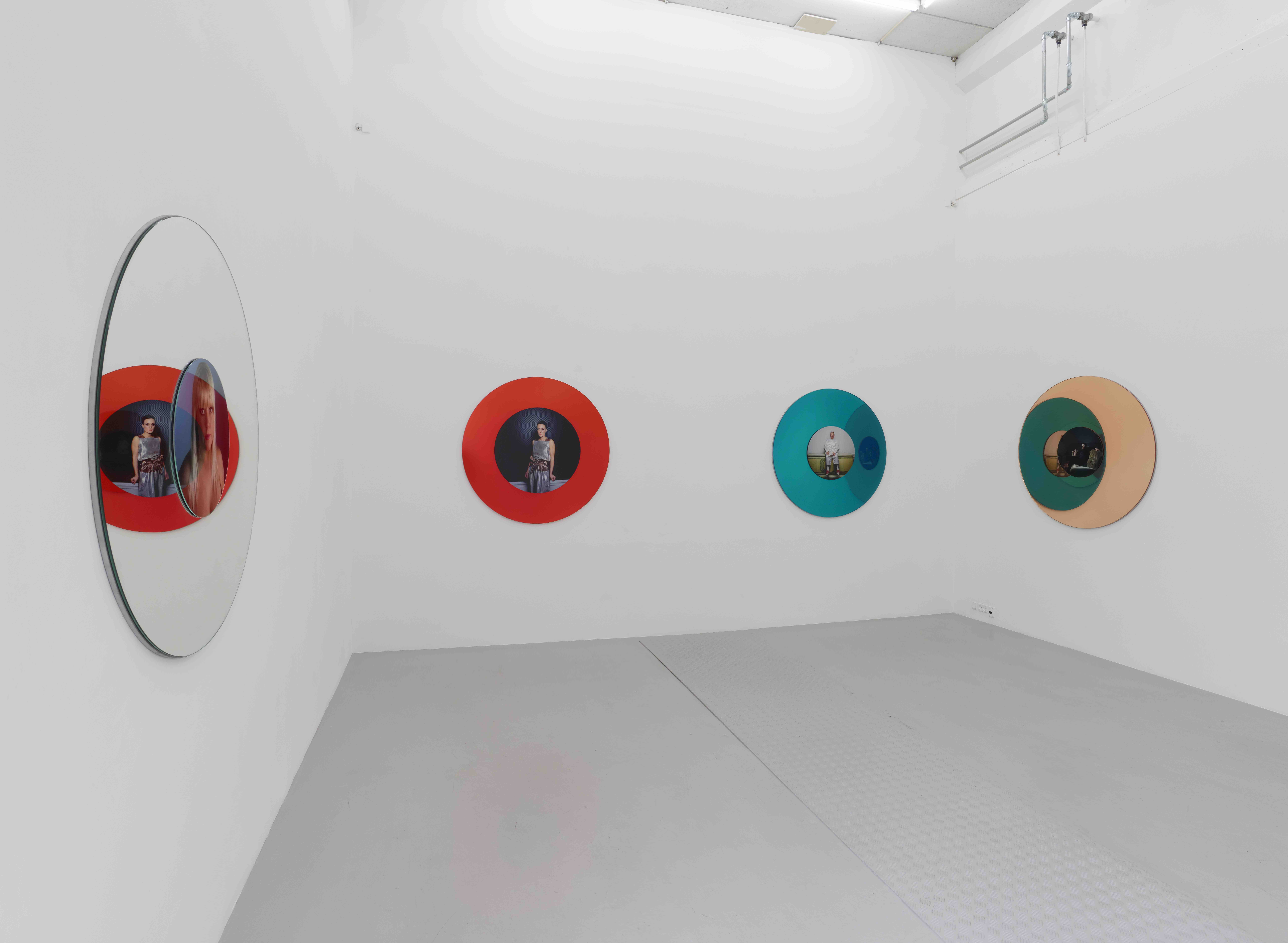 We are very pleased to present Miriam Bäckströms works ‘Mirrors’ in our exhibition space Mellemrummet.

The exhibition consists of a series of photographic portraits of different characters, both real and fictive, in combination with mirrors surrounding the individual photographs.

Miriam Bäckström’s works are often characterized by an investigation of the boundaries of the established reality. Her works often place themselves in a conceptual discussion about t the works’ status in our consciousness. In recent years the actor has been a central figure in Bäckström’s artistic practice and has formed the backdrop for a discussion about the meaning of ‘I’ and its relation to concepts such as the role, the character, the figure, and identity as such.

These concepts are also the point of departure in the ‘Mirror’-series that displays what Bäckström herself coins ‘images of portraits of characters’. In spite of their serial character the works can all be viewed as isolated works. Each portrait concentrates on its individual model and there are different things at stake in each portrait: some portray real persons, other fictive characters, whilst other still displays persons who take on another character than their own. Some of the works put the portrayed in dialogue with their surrounding space whilst we only sense it in others.

By using the mirror as a central tool or effect in the portrait situation Miriam Bäckström brings focus on, and problematizes, the identity of the portrayed, as the viewer and the other works in the series are reflected in the mirrors and thus become an integral part of each work. By blurring the border between the work and the viewer’s reality our perception of the image (and of the portrayed) as a closed and established unit is disturbed. The duality of the image and the mirror are combined in Bäckström’s ‘Mirrors’ and this correlation stresses an immanent ambiguity in the works: namely what is the difference between a character, a role, and a figure, between person and personality, between the I and the representation of the I? How do we distinguish, and what is the purpose of such a distinction?

In ‘Mirrors’ these concepts and different layers of reality are played out against each other in a complex discussion of identity and the roles we take on and surround ourselves with in our everyday lives. These issues are continuous subjects in Bäckström’s artistic project that since the photographic series ‘Set Constructions’ and Museums, Collections and Reconstructions’ from the mid-nineties has held focus on the staging of our lives and the layers that exist between the division of fiction and reality.