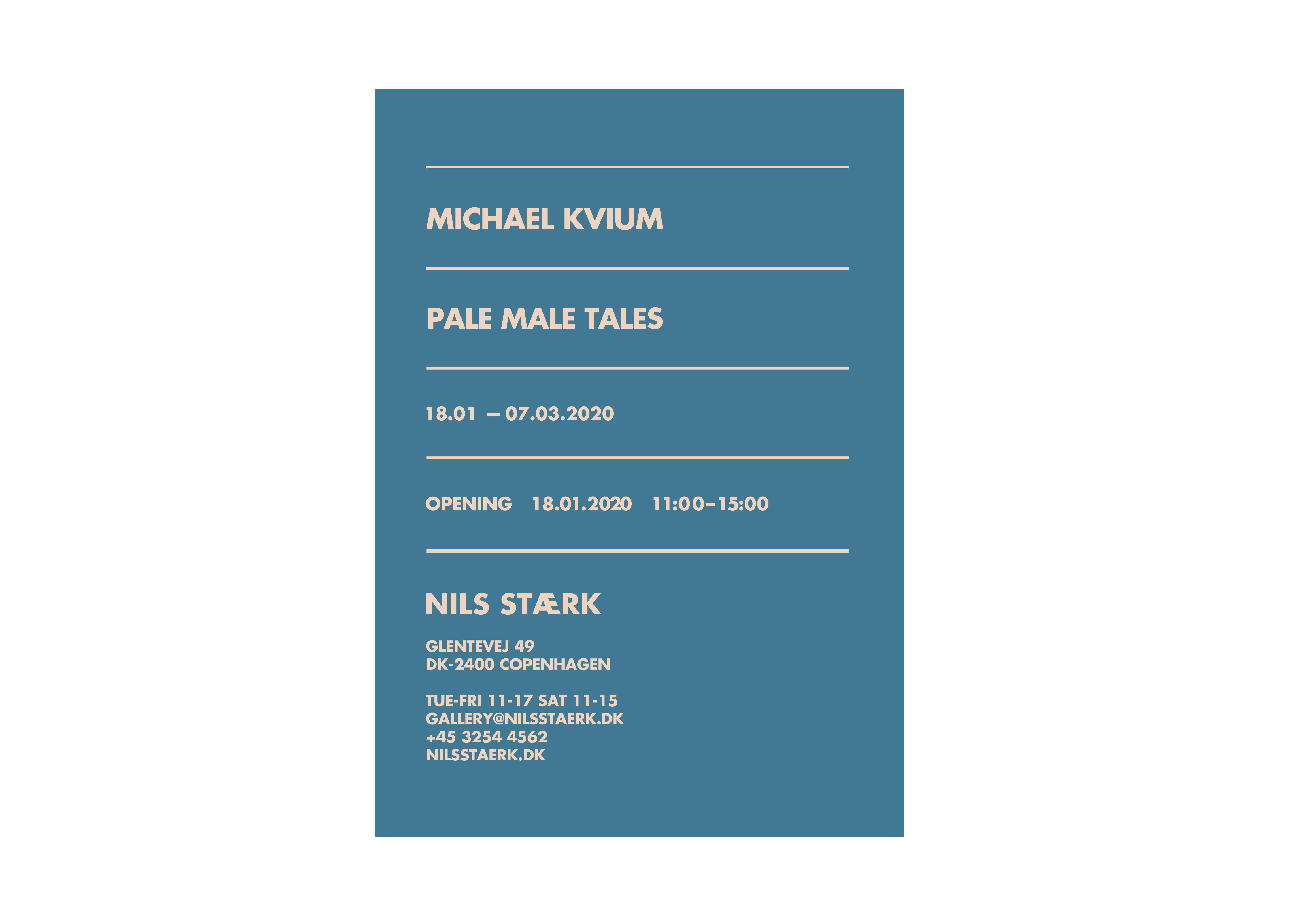 Michael Kvium opens the first solo exhibition at NILS STÆRK with a pitiless portrayal of the folly of man, covering every nook and cranny of life. The stage is set and the curtain raised for a tragicomic rendition of the present-day white male and the political challenges facing contemporary life.

A persistently powerful expression has characterised the artist’s oeuvre from his first performance and video experiments in the 1980s until the present where he unceasingly and critically questions the rise and fall of Western civilisation. The exhibition Pale Male Tales addresses current political issues, confronting us with various portrayals of the white, pale male through two large-scale and a series of seven medium-sized paintings. The figure seven recurs throughout the exhibition – seven stripes form the background in each of the seven works, seven portrayals of the white male type, seven aspects of the mind. Placed next to the paintings lies the bronze sculpture Socialkreds (Social Circle) at the centre of the gallery space as a stage open to viewers.

Since Kvium graduated from the Royal Danish Academy of Fine Arts in the mid-eighties, his distinctive character sketches have left indelible marks on art history and in viewers’ minds. The narrative paintings are set on a stage between curtain rise and curtain fall, like the progression of life from birth to death. The works evoke a paradoxical mood between exuberance and disgust, coming to rest in an expression between realism and abstraction virtually impossible to shake off. This insisting obtrusion into our visual memory is Kvium’s hallmark. The Pale Male Tales portrayals stick in the minds of viewers, providing a context for an, at times, unpleasant recollection of our own behaviour.

Michael Kvium’s (b.1955) works have been shown at a number of solo and group exhibitions at art institutions at home and abroad, most recently at the Gropius Bau Berlin, Kunsthal Rotterdam, and formerly at the Arken Museum of Modern Art, ARoS Art Museum, Kunsthalle Göppingen, the Red Brick Museum Beijing, the Today Art Museum, Beijing, and Schenzhen Guan Shanyue Art Museum to mention but a few.