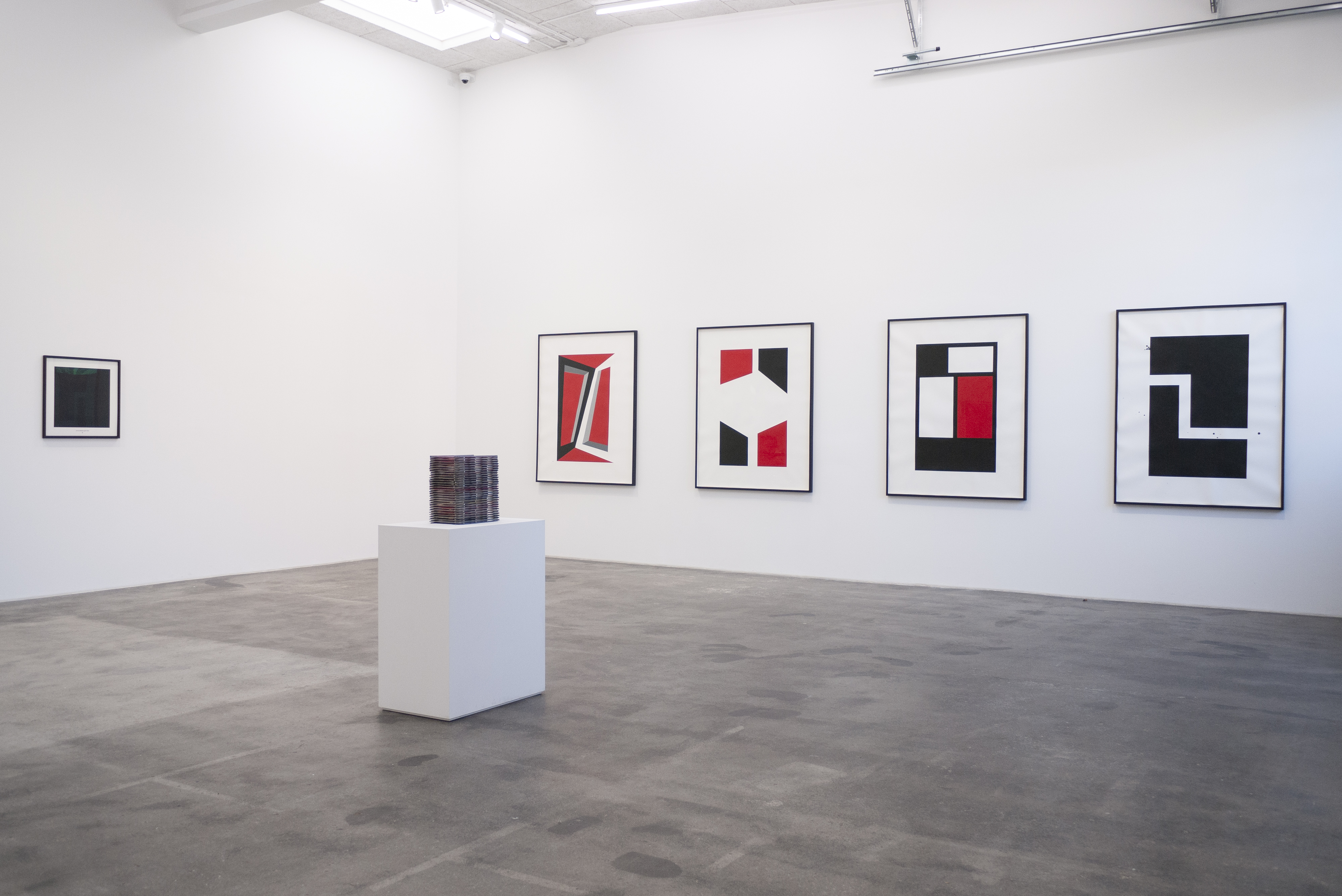 We are very pleased to open the exhibition Entangled_Paperworks and get back to our normal opening hours.  The exhibition is open to the public and we will follow all necessary precautions according to the health regulations.

Our exhibition program has changed due to the Covid-19 outbreak and as a result of that, the exhibition by Tove Storch that was previously announced for May 2020 will now open August 26th, 2020.

The associative links between the works in the exhibition Entangled_Paperworks are legion, but common to them all is a return to the basic – but also fragile – point of departure in terms of material. The works in the exhibition can be appreciated for their processual insight, their intimacy, and direct approach – in drawings, we seek truth rather than power. Paper is at the root of the majority of artistic practices and their development; it is inextricably linked to the development process relative to new artistic departures. Paper is used for both registration and rationalisation. It may constitute a work and be used as currency. Paper is easily disseminated across national borders; it can be mass-produced and penetrate otherwise closed systems. Historically, paper is the very foundation of our information culture – and will survive its collapse. In times of crisis, we revert to essentials, we cut to the bone, and use what is at hand.

Gardar Eide Einarsson’s new work series The Plague Drawings, all made in Tokyo during state of exception caused by the corona virus pandemic, uses as its indirect point of departure the present global situation by referring to Albert Camus’s literary principal work The Plague. Thus, Einarsson’s works on paper are based on the various book covers for the novel, which outlines a battle between humanism and cynicism – between idealism and political pragmatism. The original book covers produced over time are, in Einarsson’s works, reduced to modernist abstractions. The conceptual approach is the pivotal point in Einarsson’s practice, which addresses the tradition of new artistic departures – especially perhaps recalling Robert Rauschenberg’s iconic work Erased de Kooning Drawing (1953). By extracting all text and photographic elements from the book covers, Einarsson’s compositions put us in mind of open window sections. With all other information removed the work reclaims an abstraction originally conceived in painting and repurposes it as painting again, filling the void left by the missing referents with a new meaning. Both artistic approaches create value by erasing something significant, thereby making space for new meaning.

In the work series The Geography of Hunger, Runo Lagomarsino uses an electric oven and baking paper where parts of the paper are covered prior to warming it up. Apart from the practical function of this overlooked and everyday material, it harbours an integral political narrative. The oven as something’s in our closest environment; An art form which can be produced at home, in isolation, and at no cost. In The Geography of Hunger – Map, Lagomarsino has cut a stencil shaped like the Latin American continent; a burned drawing, a burned map, highlighting the colonial heritage of contemporary Latin America and the conflicts that are constitutive of colonial borders. In The Geography of Hunger – Map, Lagomarsino continues his interest in paperworks where light, mobility and fragility are at the core of the production of the actual work. Earlier, Lagomarsino was known for his ’sun drawings’ e.g. created during a voyage across the Atlantic. The visual content was transferred to paper via the effect of sunlight and the rigging of the sailing boat. By leaving the medium at the mercy of nature and the elements, Lagomarsino exposes the frailty of the material – but also its resistance to time and chance. Lagomarsino applies a similar approach in the work That song is our amulet whose title refers to an actual passage in the story Amulet by the Chilean writer Roberto Bolaño. This literary grounding once again calls to mind the Latin American continent and its political conflicts. This is further supported by the shape, reminiscent of a fist while also tracing the contour of Latin America.

Like Lagomarsino’s travel notes, Eduardo Terrazas’s work is reminiscent of a geographical map. The meticulously drawn lines in coloured pencil form offshoots across the paper like coordinates. Entitled Constellations 16.34, the abstract form of the work is reminiscent of constellations on a clear night sky, at once present and absent. Rather than locating a specific navigation, his drawing tends perhaps to express an intuitive journey into the universe – through one’s inner self. Thus, Terrazas also maps a cosmic order, meditating on nature’s evolution of those micro and macro systems that constitute man’s basis of existence.

The idea of an organic presence is further bolstered by Michael Kvium’s works where anatomical abstractions dangle like innards or curtain cords. The works have a mutual serial rhythm due to the manner in which the wet colour spreads across the paper. In keeping with the works from the exhibition Papirvirus (Paper Virus) from 1988, the message is the force of nature and man’s moral character. In this way, the works create a tension between what we expect from the realm of a picture and what this actually represents to Kvium.

Man’s frailty resonates in Tove Storch’s work in which the fragile paper quivers in the pressure exerted by the weight of the iron slats, perhaps reminding us of an inner entanglement of memory. On the paper, the lines extend into an abstract and only partly visible drawing, attesting to physical presence and processual movement.

The bodily theme is also present in the series of coloured pencil drawings Celebrity Pet by Carlos Amorales. The same dynamic silhouette drawing seems to be repeated endlessly, at times forming a figure with several breasts, arms, and legs.

In spite of their seemingly non-figurative character, the two drawings by FOS’ has a similar bodily feel to them. As they appear side by side, they could be seen as one - and they are in fact based on a well-known sculptural principle in the artist's practice. FOS’ work is often centred around the idea of the images as ‘a double skin’ - an image that, when repeated, appears to be more physical than surface-orientated.

Finally, the temporal aspect is represented in Ingvar Cronhammar’s work Seven minutes past four, referencing the time when night becomes day and a new twenty-four-hour period begins. The black monochrome plane of the paper is only broken by two diagonal lines forming a clock face in memory of nature’s cycle.