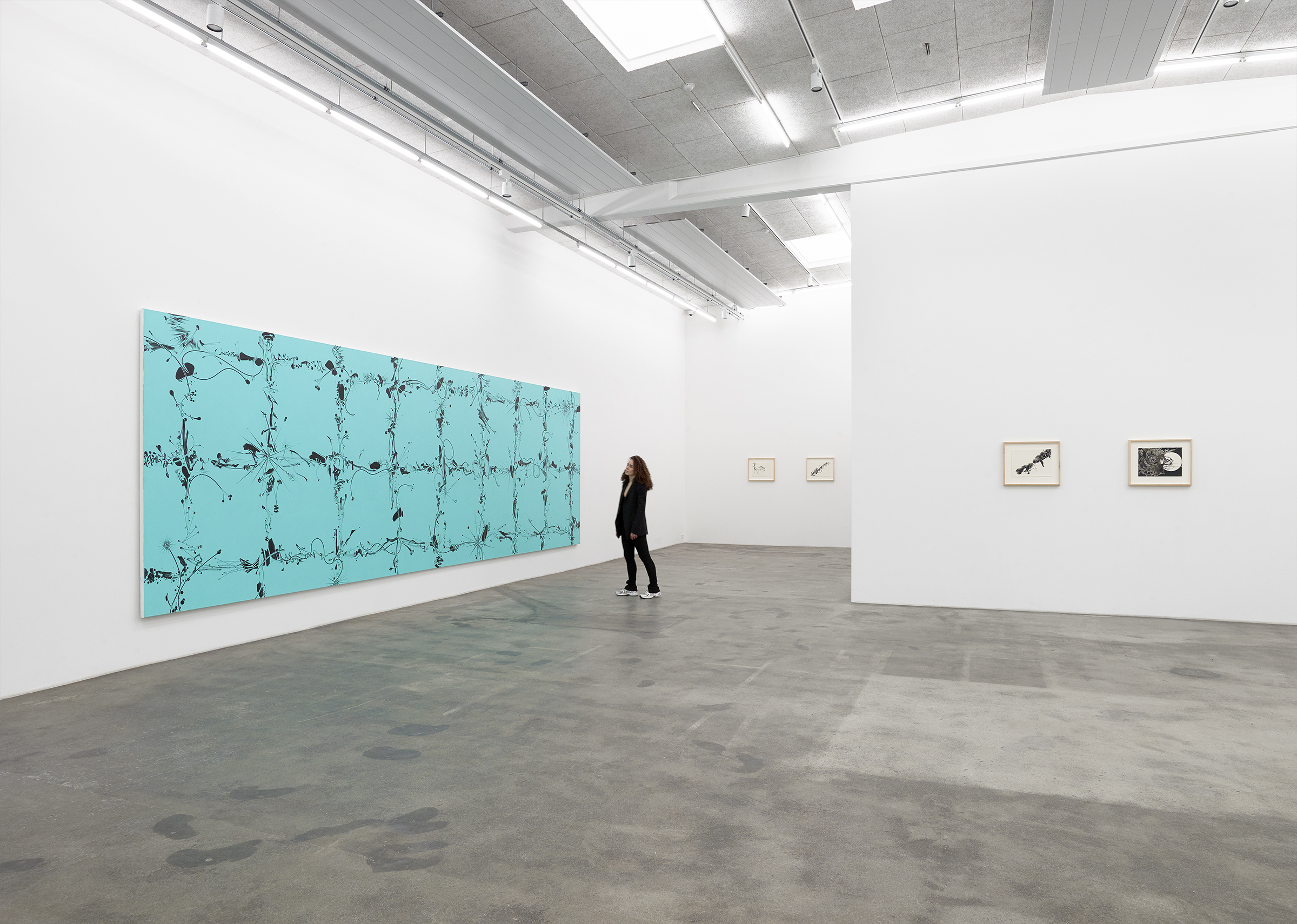 ‘In my pictures, besides, there are many small forms in vast empty spaces. Empty spaces, empty horizons, empty planes, everything that is bare and empty always impresses me ... I get my ideas from the simplest things. I prefer a plate out of which a peasant is eating his soup to the ridiculously ornate plates wealthy people use ...’
(Miró, Jacques Dopagne, page 21)

Nils Erik Gjerdevik created art for four decades without anyone being able to ’place’ his endeavours within a specific art-historical strategy or position. Gjerdevik’s work cannot, therefore, be determined within the context of neither minimalism, modernism, or pop art. On the contrary, Gjerdevik’s works can best be described in the context of several fairly disparate genres. It is in the overlap between the rules of one ism and the next that it becomes possible to decipher the internal logic of his works from an art- historical perspective. Nonetheless, in order best to read Gjerdevik’s anarchist and detailed patchwork of references, one has to contemplate them through the lens of everyday life: could not an arabesque be of equal value to a tribal tattoo as a reference?

Gjerdevik’s works derive from a more extensive figurative universe and would seem to possess an almost Gaudian method of creating architecture where the building structure with its catenary arches and hyperbolic paraboloids doubles as both structure and ornamented tableau. Architecture is, after all, the most obvious analogy to Gjerdevik’s practice. Not merely by virtue of the relationship of painting to scale and the serial progression of his works on paper. To Gjerdevik, architecture proved an eternal source of inspiration and like structural engineering – man’s point of reference in nature – his works activate a physical and psychological relationship between space, picture plane, and viewer. By virtue of its scale, the main work in the exhibition could almost be characterised as a building structure. Its sheer size calls for more than a wall to show it. The painting requires a room to itself – if not an entire storey. Gjerdevik’s works usually embody potential for his paintings to be shown in major architectural and social contexts.

The exhibition addresses a specific part of Gjerdevik’s practice through works never previously shown: a 265 x 739 cm painting from 2008 and a suite comprising thirteen works on paper which were the last works Nils Erik Gjerdevik produced. Initially, the works were not created to appear in the same exhibition. Nevertheless, the consistent presence of abstract notations in black constitutes a common thread from the painting to the works on paper. Or perhaps conversely, the common thread is traced from the works on paper into the painting? If we look at the enormous main work in the exhibition, it is equally difficult to decide what constitutes the foreground and background in the painting. The black grid-like pattern competes in intensity with the turquoise plane of colour and it is difficult to determine which layer was applied first. In this way, the painting eludes the precept of the classic painting principle stipulating that the background come first. The flatness and sheer size of the work substitute the experience of looking at a painting with looking at a fragment of an unending but personal universe.

Like asteroid belts floating in nothingness, the many abstract formations in the overall grid structure could well function as illustrations of a cosmic duality between order and chaos. A similar analogy was formulated by Barnett Newman already in 1945:

‘Today’s painters could be said to work with chaos not merely in the sense that they handle the chaos emerging in an empty picture plane, but also in the sense that they manage a chaos of shapes. In their attempt at going beyond the visible and known world, they work with shapes that are unknown even to themselves.’ (Barnett Newman, Barnett Newman Tekster 1945-49, page 11)

"Over twenty years ago, Nils Erik Gjerdevik’s paintings made a significant and lasting impact on me, even when they were not nearly as large as the striking and expansive one from 2008 that is being presented in this exhibition alongside what became, a very productive eight years later, some of his last works on paper. I’m sure I will always see the entirety of his work in meaningful conversation with that of artists with whom I’ve become most familiar: those who are often too narrowly identified as “Los Angeles painters” whose work caught my eye and mind around the same time as his, in particular Laura Owens and Lari Pittman. To my mind Gjerdevik remains one of only a few late 20th/early 21st-century European painters who, like Owens and Pittman, not only took on the challenge of large paintings successfully, but also developed a pictorial territory that still resists being named. You could say that his paintings are not abstract and not representational, but such labels are lacking because they—like “non-objective”—resign themselves to the negative, and Gjerdevik’s work never, ever went for that.

Don’t misunderstand: I’m not suggesting that Gjerdevik’s paintings are too positive or too ambiguous, happy-go-lucky or devil-may-care. Even if I hadn’t been the beneficiary of several deep conversations with him in his Copenhagen studio over these past two decades, it is clear that he always provided the work with the tools it needed to be able to challenge itself on its own terms. (This is the case with the paintings, works on paper, and the ceramics.) In isolation that claim of self-aware criticism for the work itself sounds especially modernist, even painfully formalist, but Gjerdevik always installed too many crucial points of connection in his works (think synapses, electric circuits, nervous systems) to make a clean break that in the case of a lot of “high” modernist work pushed separation over into alienation, or even worse, boredom.

Color is, of course, a powerful connector in both art and life, and Gjerdevik developed his use of it over the range of his work with deliberation and specificity. In paintings from the late 1990s (the first I encountered) the colors were usually extraordinarily varied and somehow simultaneously bright and muted (as were Laura Owens’s at the time), capable of creating form themselves that often pushed right up against the associative and nameable. By 2008 they had become far more limited in number but unapologetically bright, super-bright if you will. With that I remain fascinated by something I still don’t quite understand. Take the near day-go intensity of the blue-green of this painting. It is so institutional (there’s a station in the Berlin U-bahn that immediately comes to mind), so super-graphic yet it’s absolutely not. I know this is irreconcilable, and I’m fine with it.

That such a color wouldn’t obliterate the array of intricate visual language that Gjerdevik had developed over the years and put to full “linguistic” use in this painting is remarkable. It is readable without needing translation, in both the lexicon of Gjerdevik’s overall vocabulary of shapes and gestures (and the gestural had been moving into the work for some time) and the potency of ornament and decoration throughout their histories. This is why this painting is an ideal one to introduce his last works on paper, as they communicate impeccably with each other while also making clear that the work was taking him and us and itself to yet another positive and productive place."

- Essay by Terry R. Myers. Terry is a writer and independent curator based in Los Angeles.