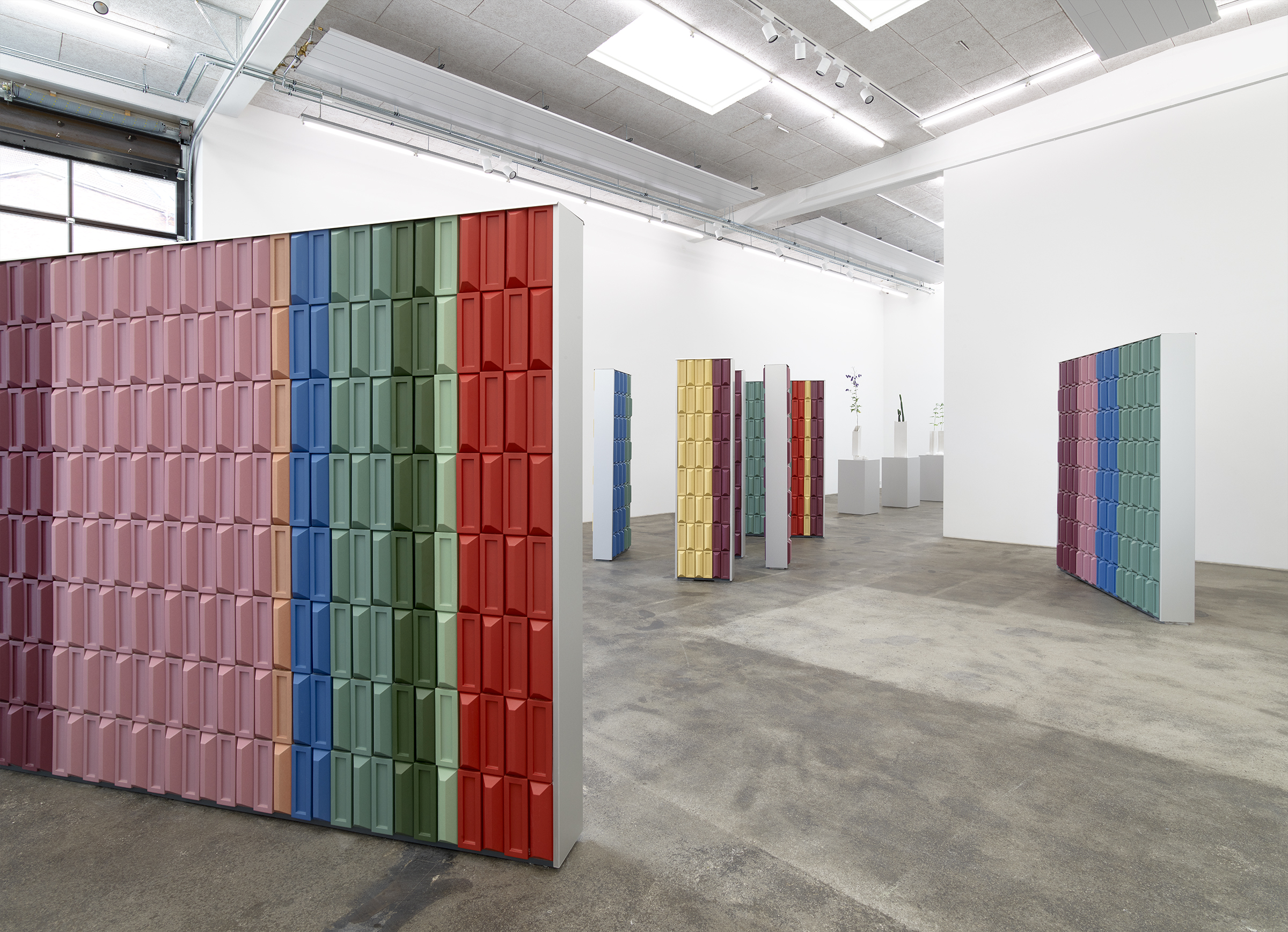 SUPERFLEX
Like a Force of Nature
25.08.21-16.10.21
_
The exhibition Like a Force of Nature features two artworks that explore the almost ecstatic disorientation produced by the intricacy of the natural world and the dizzying economic systems that are rapidly altering that world in immeasurable ways. Today, when many rituals of surrender have been lost, surrendering to nature or economy can feel like a mystical experience, an encounter with the ungraspable.
Like a Force of Nature is a sculpture based on the Fibonacci sequence, which is a mathematical formula that appears in many kinds of natural growth, from sunflower seeds to tree branches to fish skin colorations. In around 300 BCE, Indian mathematicians first discovered this recurring sequence of numbers in Sanskrit poetry. It was later introduced to Western Europe by the Italian mathematician Fibonacci. Nearly psychedelic in its spiraling complexity, the formula functions as one of nature’s blueprints for expansion. The sculptures in Like a Force of Nature are lined with ceramic tiles in colors taken from global banknotes, arranged in patterns inspired by the sequence. These patterns look like they could be multiplied indefinitely, becoming infinitely more complex. Similarly, the swirling arrangement of the sculpture’s seven walls are based on the spiral of the golden ratio, which expands exponentially: if there were six more walls, the space between them would be the size of a football field, and if there were twenty more, there would be 100 kilometers between them. The expansive form of this spiral, along with the flickering order of the tiles, evokes the illusion that money is as natural as a volcano or tsunami, like a force of nature.
Investment Bank Flowerpots are models of the corporate headquarters of some of the world's largest investment banks, including Deutsche Bank, CitiGroup, and JPMorgan Chase. Each model serves as a flower pot for hallucinogenic plants. The euphoric effects of the plants are reminiscent of the effects of monetary transactions: the plants’ pharmaceutical capacity is determined by the wild math of nature, just as the global economy is shaped by the delirious power of the unbridled free market.
Like a Force of Nature was created in collaboration with Esrawe Studio and Rasmus Koch Studio.
. .