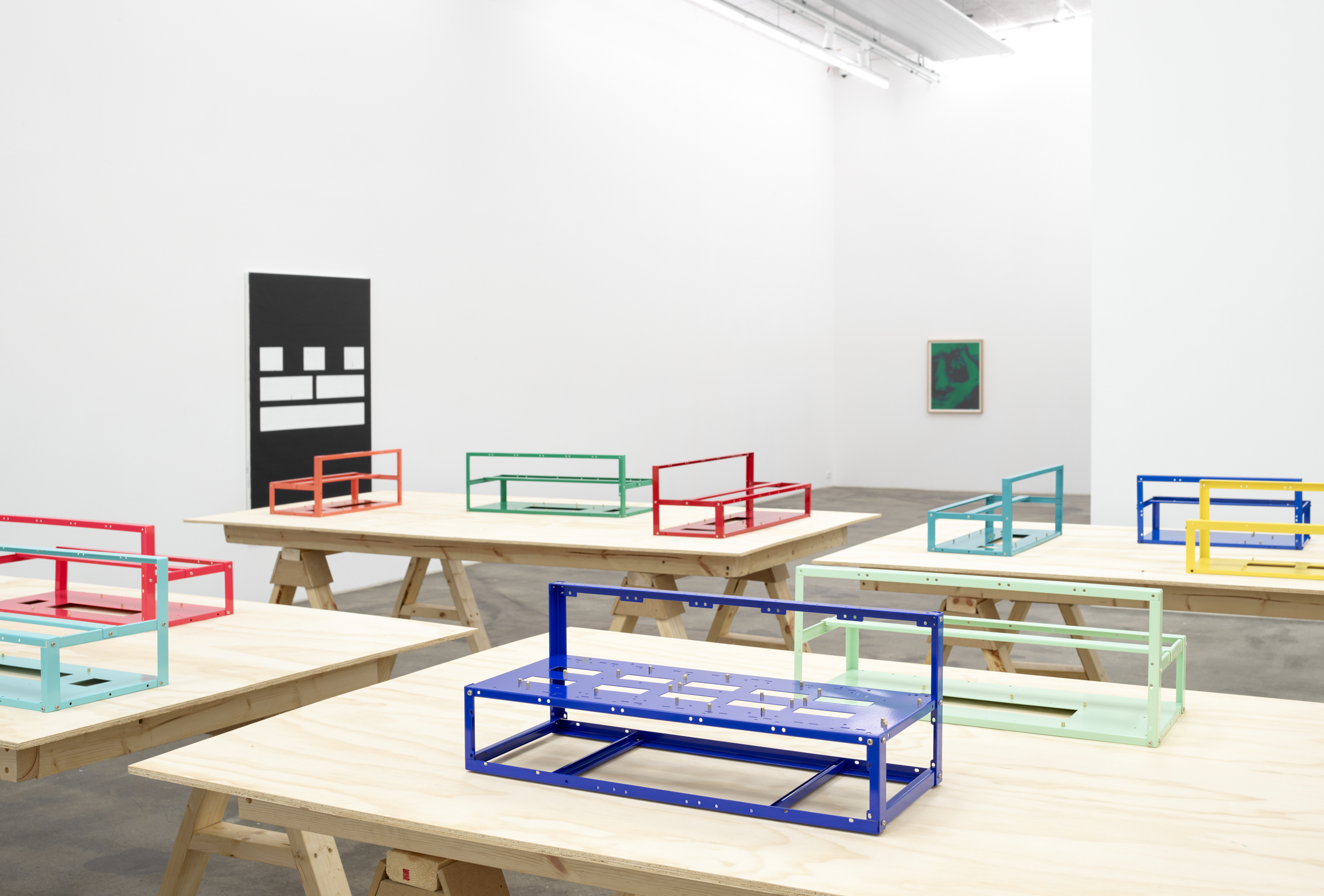 Gardar, as you know, I’ve really pushed for you to embrace an identity as an ‘artist plus’. What I mean is that you could be making art as well as doing something else professionally. Doing something else in addition. Artist plus entrepreneur. Artist plus investor. Artist plus amateur martial artist. Of course, you’re a dad, husband, son, house flipper, globalist etc. Not to take anything away from those personae, but I am speaking strictly about your professional identity. I would love to see you do more than art making, and I don’t mean this to be diminishing in any way towards your art practice. There’s always been a feeling of cognitive surplus with you, Gardar. You have spare capacity. I think you have mastered the art practice, you’ve cashed it out and, when we think of what’s possible now in the context of lifetime learning, job mobility and moving onto new horizons, there’s this real question of what’s next for you. Is making art the best vehicle for exploring this world and its conditions of existence right now? I mean it’s not a bad home base in your 20s, but are you self-actualized today? After two decades you could reasonably consider oscillating off of art for a bit, maybe taking an intentional sabbatical and doing something else, acquiring a new skill. Then come back if you really want.

I guess this sums it up: it’s not too late.

And let me just add: your powers of observation are incredible, as is your wit—the velocity of it, the generosity of it, the span. You take social risk in your stride. I send you articles on startups and tech-themed podcasts, and you read all of them. I think there’s a latent entrepreneur in you, your risk tolerance is certainly ratcheted in the right direction.

And Gardar, you know I’ve tried many times to lure you into white-collar work. The closest you came was taking catering jobs – you were just having none of it from me. Even so, I believe you do have the intuitions of a proper deal guy. If you were doing something substantive in crypto other than investing, you’d probably be leading a company. I suspect it’s your allergy to building anything that resembles an institution that keeps you out. And yet I remain hopeful and more curious than ever. What would you do in the driver’s seat? The latent C-suite Gardar would be interesting to engage for advice from time to time.

Gardar, when I see the deprecated bitcoin mining rig frames in this show, I think, hmmm, okay, interesting. The artist is probably doing something here about bitcoin’s early, exuberant phase and that alchemical conversion of coal to electrons to currency. Cheap computation. And maybe there’s a gesture towards the virtualization that occurs in physical manufacturing processes—electrons moving bits moving atoms etc. But I’m not sure there’s anything trenchant here so much as evasive. The sculptures are like 3-D lyrics from a crypto folk ballad, sentimental utopianism gone to seed. The racks are colorful, minimalist, cheerful—referentially dense—and, like great art, they refer to other great art. A smart way to insert yourself into the conversation without being invited. We all see what you did there.

Fair warning: I’m not going to engage with the hedge fund logo – your Citadel reference. I’m not sure you want engagement there anyway. It feels lazy to me. One shouldn’t pay attention to the logos of money managers. The name and logo of most funds are formulaic and that’s the intended aesthetic. Let the results speak for themselves. If you’re asking about the logo, you’re outside the conversation. Citadel and Ken Griffin are interesting figures from a business model innovation point of view – they really stand for that idea of not having the hubris to think any one strategy can reliably pick winners. But since I know this work is looping back to your Philip K. Dick interest, I’ll submit that Dick would see that logo as the insignia of his “black iron prison.” Its mute inaccessibility would of course be taken as further confirmation of his paranoid vision: the worst is always yet to come. The paranoid style in management does have a time and a place, Gardar, I’ll grant you that.

I’m always amazed by how much time you spend in the bathtub. I make that statement because there are a few pieces here that foreground this physical labor theme, with some interesting slippage between values (moral, universal) and value (economic, subjective). The now deprecated labor theory of value brings me back to the story, in which Milton Friedman visits a construction site in China and the punchline is: “Why don’t you just have them use spoons?”

I’m guessing these works are meant to stand in for an argument that goes something like: artistic creation is an example of unalienated labor, of neither productive nor unproductive activity. For me, your art and bathtub are superimposed as autonomous exceptions to the regimes of discipline, labor and instrumental reason. But I know you couldn’t do something so earnest, and I think you’ve read Boltanski, so I’m pretty sure I have it wrong.
Side note: I would probably advocate making work that is perhaps less art referential – my fear is that you risk serving an ever-decreasing audience, and there’s just no flywheel there for your business, not to mention your level of ambition.
But, finally, Gardar, who am I to opine like this so freely? Let’s at least be accurate: I tried my hand at doing what you do, failed, and pivoted into the everyday working world. So, we should take that into account. But can we agree on something before I leave? I believe that the most important thing for art right now is for artists to make better long-term cost-benefit decisions, and for us to create exit ramps for artists who want to leave the potentially internal exploitative dynamics of the art world to find rewarding careers outside of it. Where are you on that?