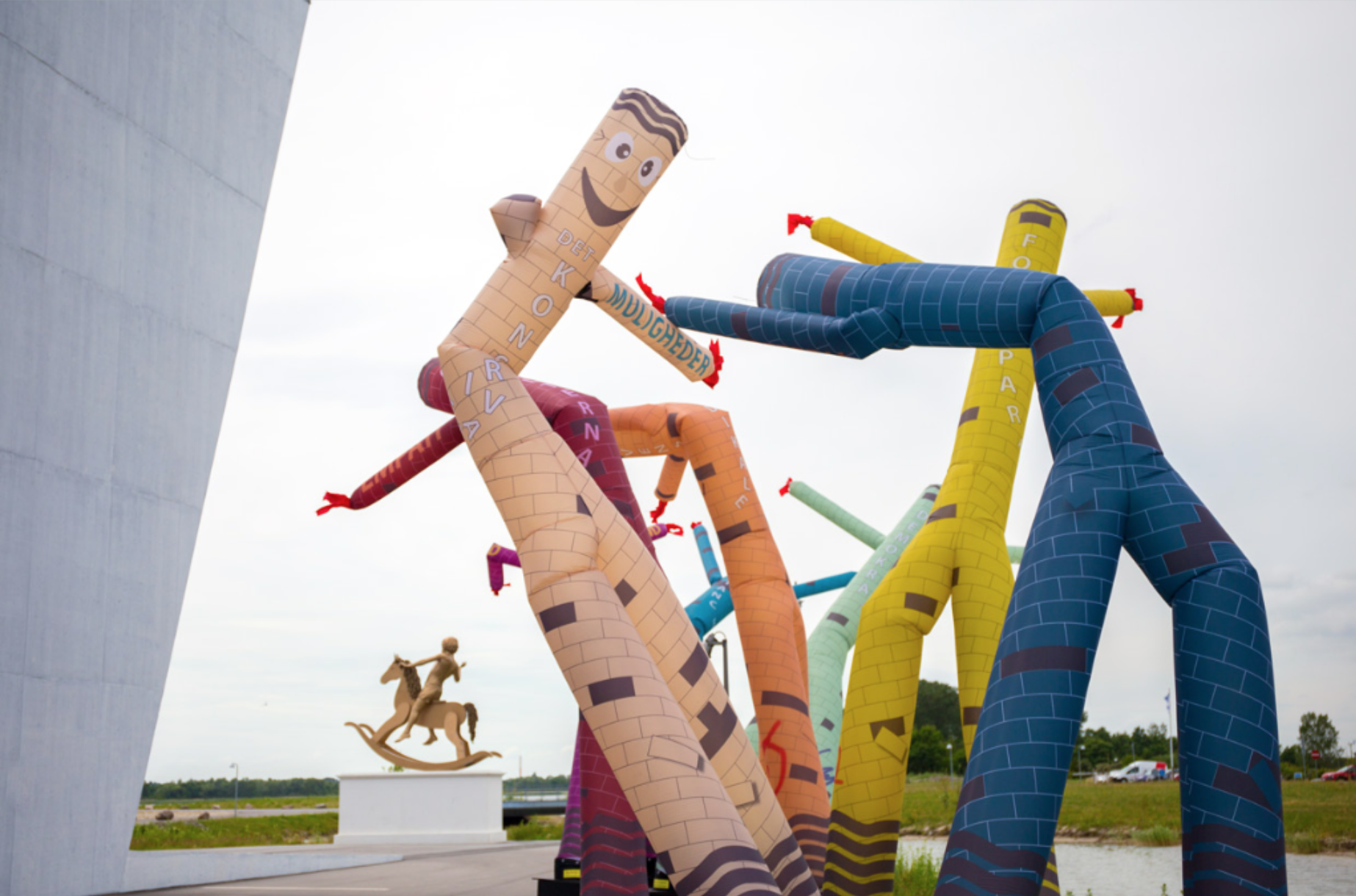 Towering Value Watchers are watching over ARKEN throughout the month of July. FOS has created the inflatable works of art with the aim of opening a discussion about values in Danish politics. The sculptures each display two core values selected by the ten political parties that qualify to participate in general elections in Denmark.
The Value Watchers highlight the role of the politicians as guardians of our core values, while at the same time representing a critical perspective due to their fragile, air-filled character. Are these core values nothing but hot air?