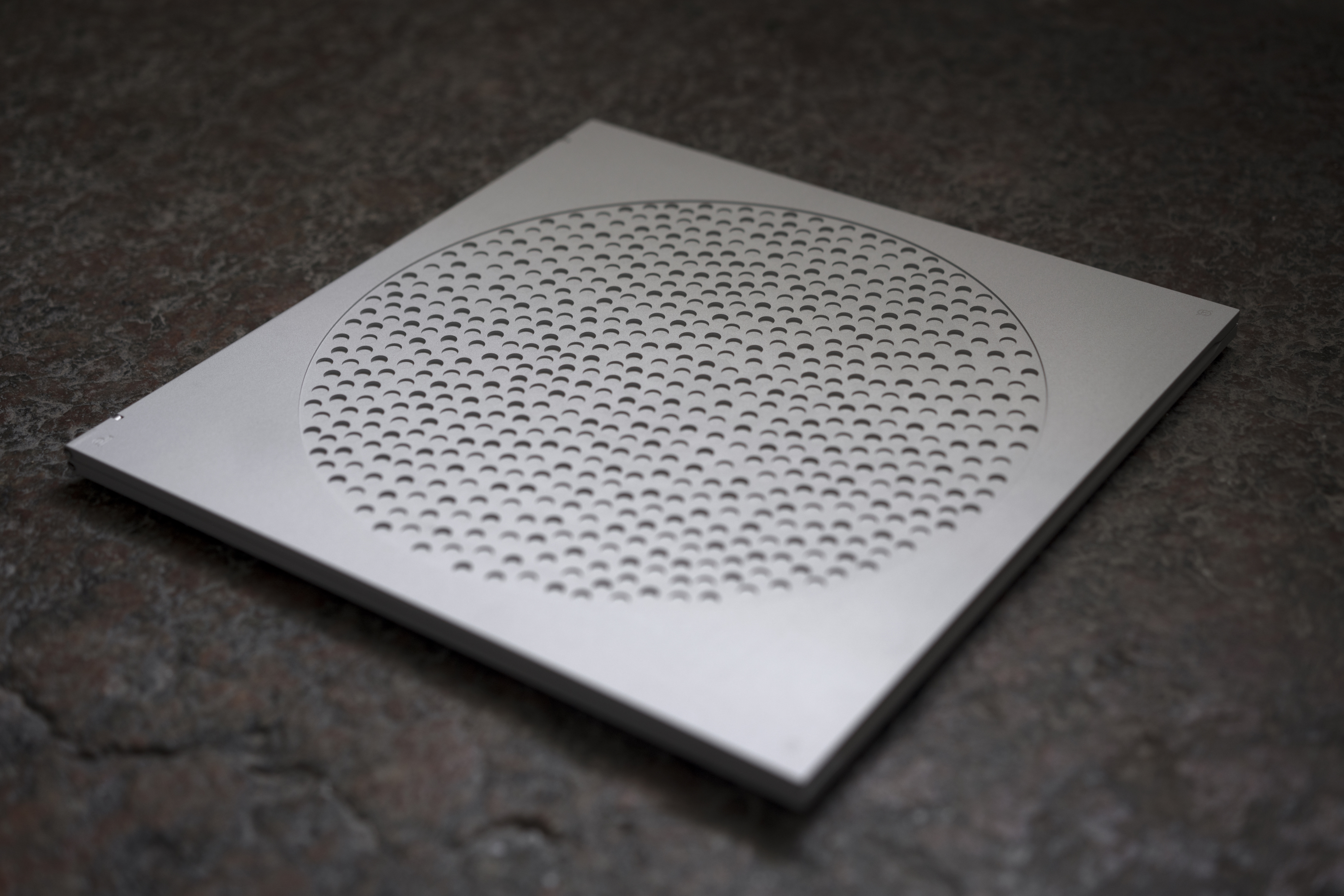 "dødedans" (death dance) is an artwork made exclusively in 66 editions. The album is a co-creation by musician Lars Greve and artist Ingvar Cronhammar. The artwork presents clarinet and saxophone improvisations cut on a transparent vinyl and laid in a three-kilo heavy aluminum cover.
The music is unedited solo improvisations, recorded in three rooms with very different acoustics; in a small, soundproofed studio, in an old tile covered public bath on Nørrebro, Copenhagen, and in Cisternerne. Copenhagen's old subterranean water reservoir, with a 19 second echo. On "dødedans" the sound is neither manipulated nor layered in the mix. The listener only hears the sound captured by six microphones.
Cronhammar designed the cover; two stapled aluminium plates with the vinyl's diameter milled down on all sides. On the outside there are holes in three depths, and in each of the eight corners of the plates a letter is ingraved constituting the title "dødedans". Inside, in addition to the vinyl, the artist's monograms and the publishing's numbering are engraved.
The music and the cover together represent "dødedans". Thus the music is not available online or on other media.

The artwork can furthermore be experienced and purchased at Nils Stærk
September 20-23, 2017.
Further questions and orders can be directed to cronhammargreve@gmail.com.