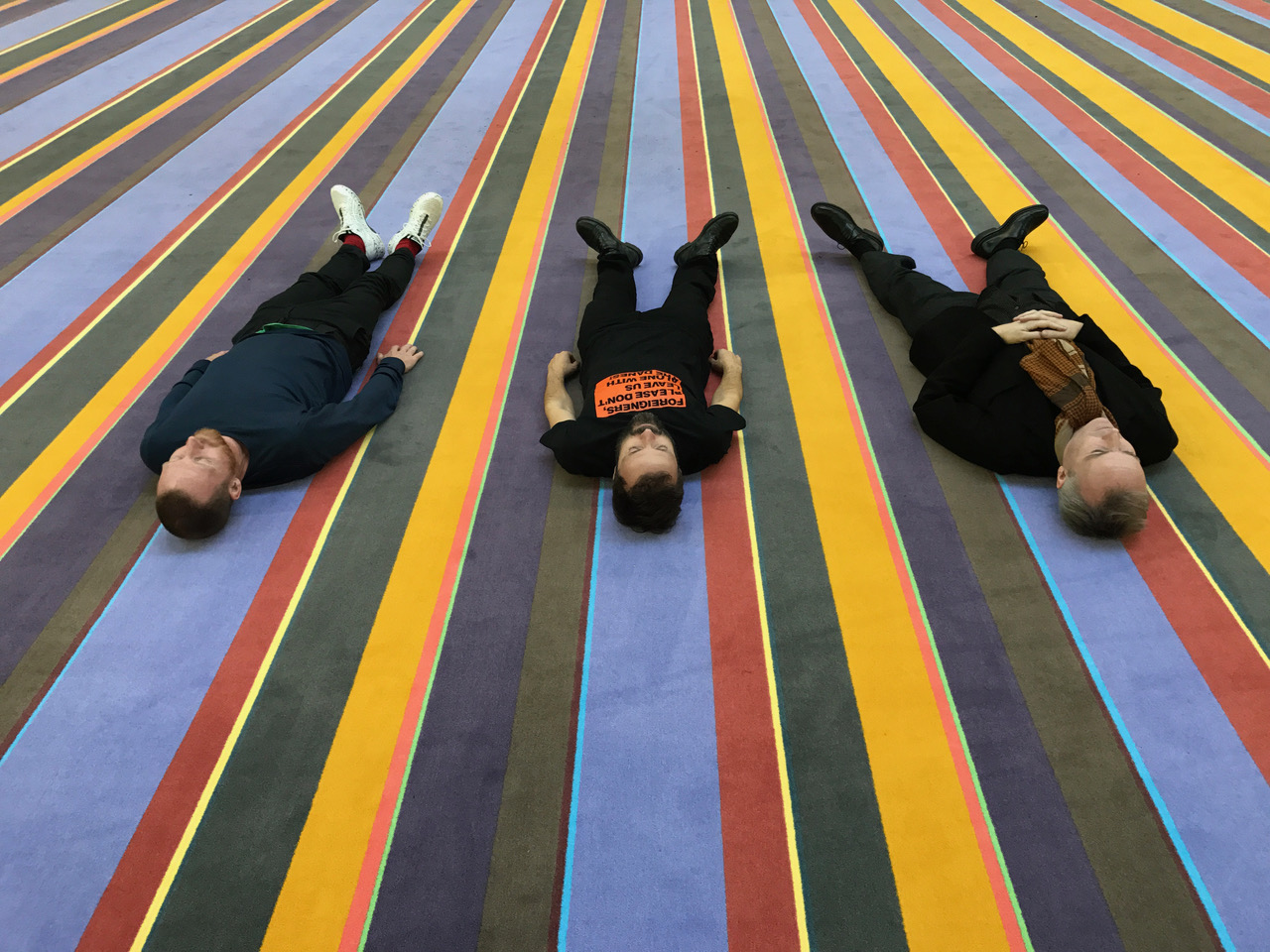 Through an unprecedented partnership with the Tate Modern's community development program, One Two Three Swing! is the first Turbine Hall commission to move beyond the gallery walls. Conceived in states of apathy, production, and movement, the work extends as an orange, human-powered line from the Turbine Hall gallery, into the Tate Modern's south landscape, and around the world. SUPERFLEX engages the productive potential of the building itself, a former power station that once produced electricity for the City of London, through the strategy of 'extreme participation' introduced in 2012 through the urban park project Superkilen. Any visitor to the Turbine Hall is invited to suggest a connection for the orange line, One Two Three Swing! engages the public in experiencing the potential of collective movement by swinging together on the count of three - One Two Three Swing!
THE HYUNDAI COMMISSION: SUPERFLEX
ONE TWO THREE SWING!
TURBINE HALL, TATE MODERN, LONDON, UK
October 3rd 2017 - April 2nd 2018
From the Tate Modern press release:
"Since the Tate Modern opened in 2000, Turbine Hall has hosted some of the world's most acclaimed works of contemporary art, reaching an audience of millions each year. The way artists have interpreted this vast industrial space has revolutionised public perceptions of contemporary art in the 21st century. The annual Hyundai Commission gives artists an opportunity to create new work for this unique context. It is made possible by the long-term partnership between Tate and Hyundai Motor, confirmed until 2025 as part of the longest initial commitment from a corporate sponsorship in Tate's history."
For more information :  tate.org.uk