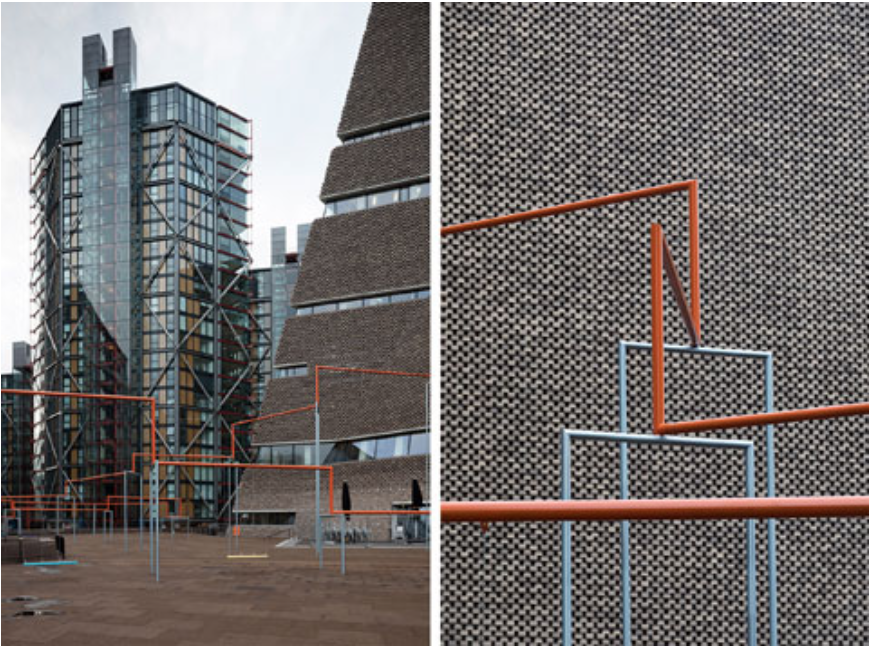 Tate Modern and SUPERFLEX have unveiled the expansion of the Turbine Hall Hyundai Commission 2017: ‘One Two Three Swing!’. It is the first Turbine Hall commission to extend beyond the walls of the exhibition space. The expansion consists of 11 new swings located outside of the gallery’s Blavatnik building. The orange line connecting the three-person swings has now emerged into the landscape outside of Tate Modern where it will be possible to activate the swings at any time of the day.
ONE TWO THREE SWING!
TURBINE HALL, TATE MODERN, LONDON, UK
Until April 2 2018