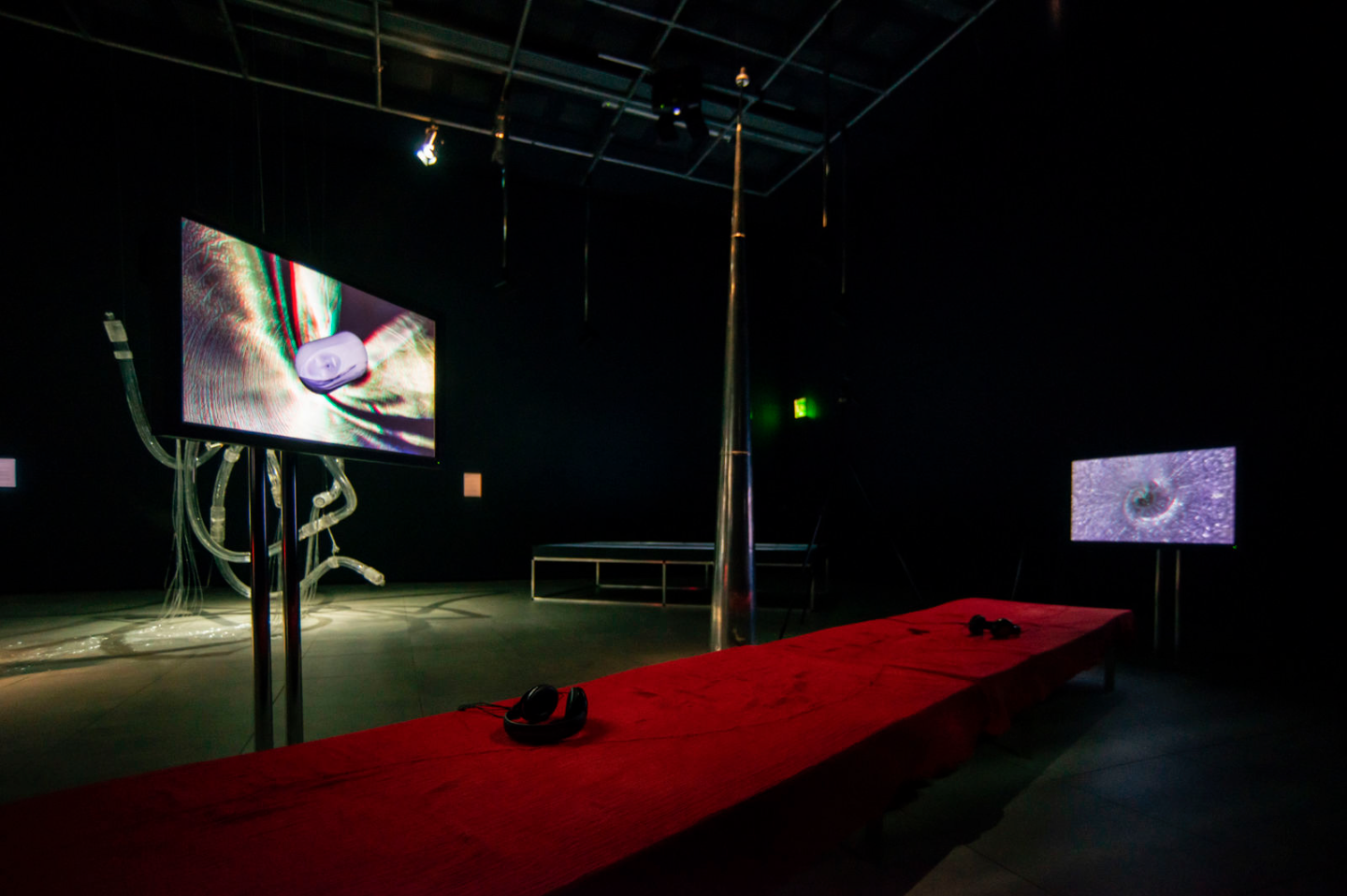 FACT, Liverpool premieres Broken Symmetries, a new, international exhibition of artworks exploring the links between art and science, and how both can help to reveal hidden elements of our world.

The exhibition is made in collaboration with CERN from where Lea Porsager earlier this year was awarded the CERN Honorary Mentions part of the CERN Collide International Programme 2018.

Lea Porsager's practice interweaves fabulation and speculation with a variety of mediums including film, sculpture, photography, and text. Her works encompass science, politics, feminism, and esotericism.

The work is developed as part of the Collide International Award, a partnership programme between Arts at CERN and FACT, and was co-produced by ScANNER. Supported by the Danish Arts Foundation. With special thanks to Joasia Krysa. Neutrino horn courtesy of The European Organisation for Nuclear Research (CERN).