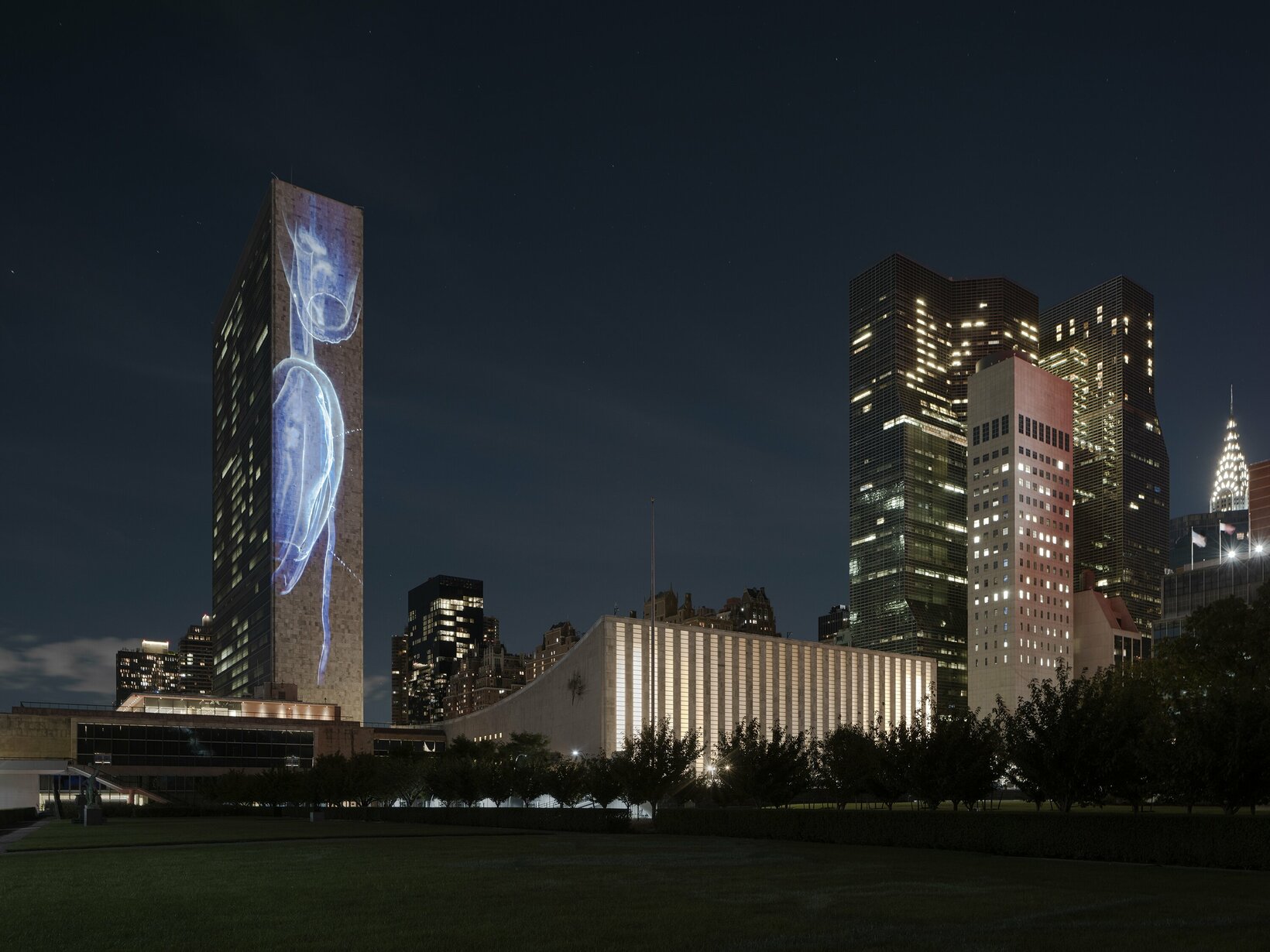 The sea is not an abyss. It teems with an almost unimaginable array of life. Every night, the largest biological migration on Earth takes place, as trillions of creatures travel closer to the surface to feed. Some of these animals, like shrimp, are well-known. Others, like siphonophores—relatives of jellyfish—are unfamiliar: varying wildly in size, from the slightness of a fingernail to the length of a whale, they look like nothing that we find on land.

How does it feel to be one of these creatures? To explore this question, SUPERFLEX designed a computer-generated siphonophore and created an animated film, Vertical Migration, depicting its ascent. At first, the film mechanically circles the creature, getting closer and closer while giving the audience a view of it from all angles. But eventually the perspective shifts, the camera’s movements become more fluid, and the viewer sees the world from the perspective of the siphonophore.

Unsettling our perceptions of scale and otherness, Vertical Migration is an intimate encounter with a life form that bears no resemblance to human beings, though we share a planet, an ecosystem, and a future. Because of sea-level rise, humans will also be migrating vertically in the coming centuries, to higher elevations and raised buildings. The siphonophore’s story is our story. Though we can never experience its journey through the pitch-black ocean depths, we can shift our perspective to recognize that we’re connected, that our actions affect each other, and that we share a common fate.