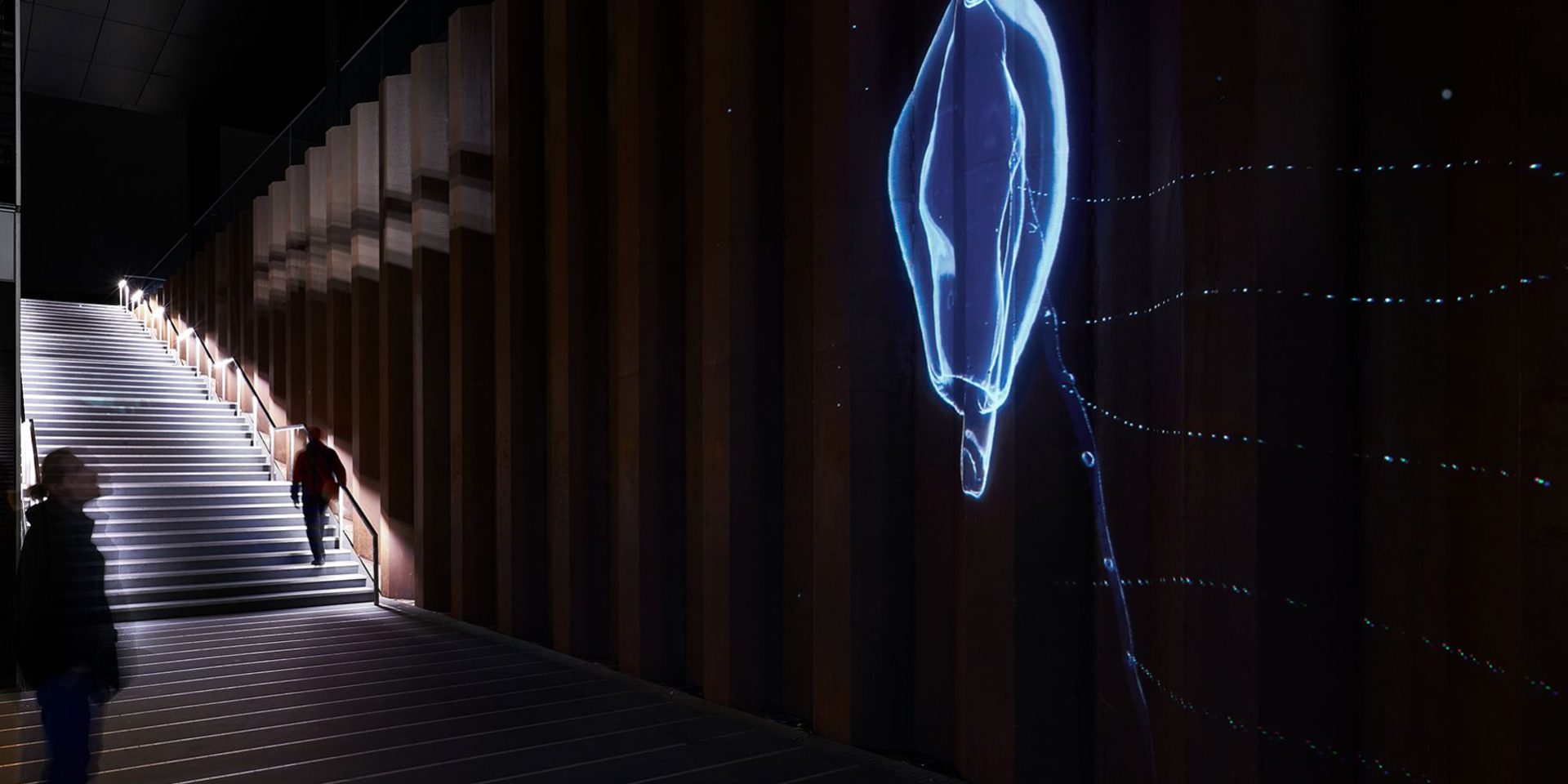 Following its debut in New York's United Nations Headquarters and Central Park during the 76th UN General Assembly, Interspecies Assembly by SUPERFLEX for ART 2030 will travel to Copenhagen for a month-long exhibition at BLOX and the Danish Architecture Center (DAC).
Every night for a month, audiences are invited to meet a sea creature in the interactive filmwork Vertical Migration. It will be screened in DAC Passage, on a wall that serves as a barrier, holding back the water of the canal. At the same time, the Interspecies Assembly sculptural installation, on Bryghuspladsen, invites humans and non-humans alike to gather in a space for listening and interspecies dialogue.
After encountering siphonophores—relatives of jellyfish—while blackwater diving in the Coral Sea, SUPERFLEX designed a computer-generated siphonophore and trained it to respond to motion using AI. The result is a film that’s alive. Employing a censor to track the viewer’s movements, Vertical Migration continually reacts to the audience’s behavior. If one moves abruptly, the siphonophore will warily retreat. But if one remains calm, it will cautiously approach, potentially coming so close that the perspective shifts and the viewer sees the world from its point of view.
Interspecies Assembly is a series of pink stone sculptures, arranged in a broken circle, that demarcates a space in which humans must temporarily slow down and become active listeners to their co-species. To enforce a state of idleness on humans so that other species can flourish, an “Interspecies Contract” is carved into one of the sculptures, encouraging visitors to change their behaviour.
Interspecies Assembly by SUPERFLEX for ART2030
Danish Architecture Center/BLOX, Bryghuspladsen 10.
Vertical Migration at DAC Passage, from sunset until sunrise
Interspecies Assembly at Bryghuspladsen, all day.
Exhibition period: 28th of October – 28th of November, 2021
Supporters
Interspecies Assembly by SUPERFLEX for ART 2030 is a project that features two artworks: Interspecies Assembly and Vertical Migration. It is generously supported by New Carlsberg Foundation, The Obel Family Foundation, Beckett Fonden, and Danish Arts Foundation. Vertical Migration was co-commissioned by ART 2030 and TBA21-Academy. Interspecies Assembly was developed in close collaboration with KWY.studio and Kollision.
With warm thanks to BLOX, Danish Architecture Center, Rasss Consult & Events, Cipex, Shanee Stopnitsky, Daniel McClean, and Rasmus Koch.
Text courtesy of SUPERFLEX. 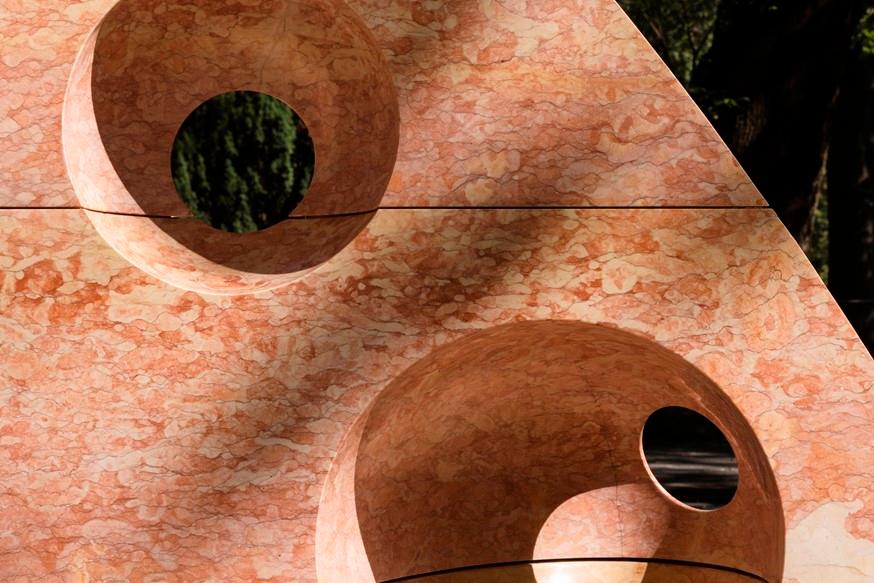