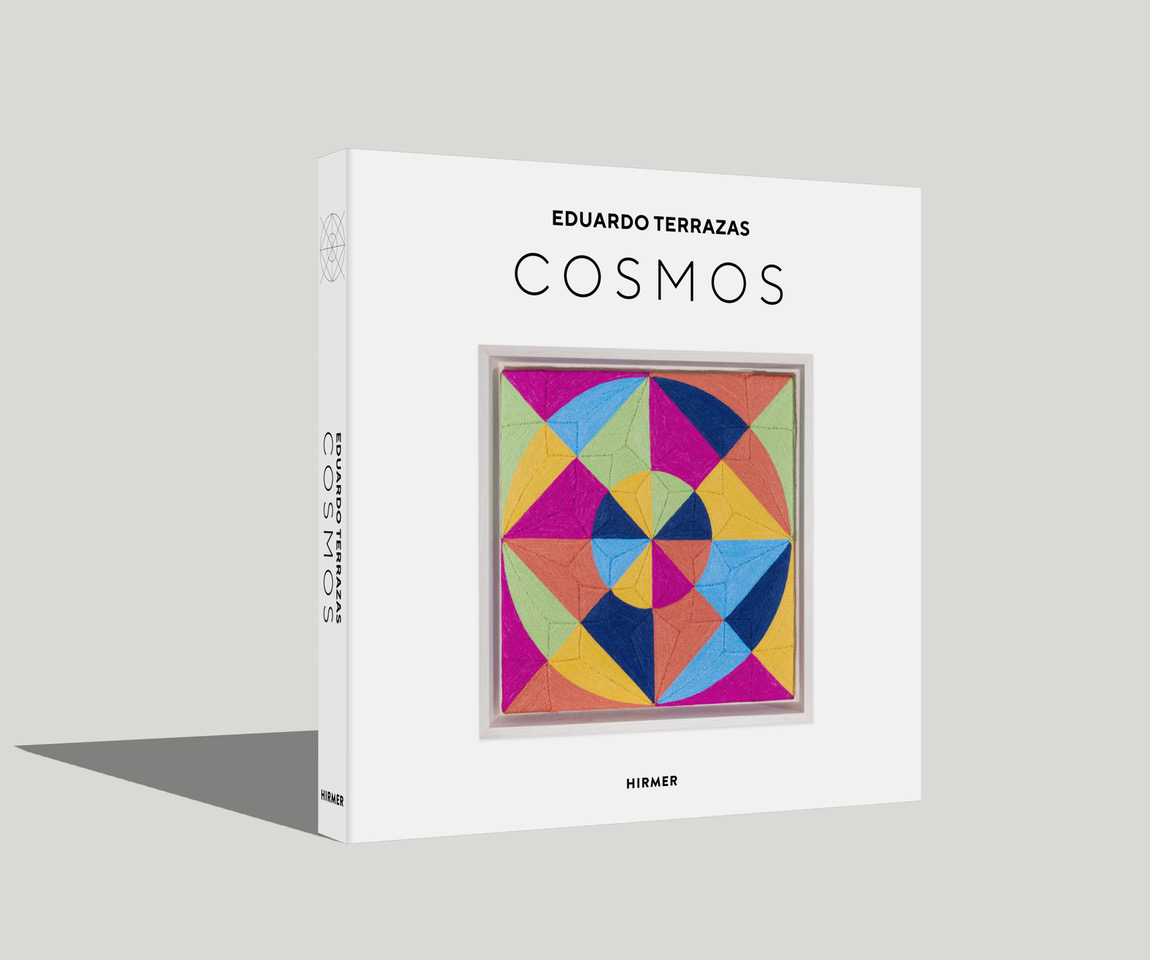 EDUARDO TERRAZAS – COSMOS
"Cosmos" offers new approaches to the stunning artworks of Eduardo Terrazas. Four well-known authors present a multidisciplinary vision of the artist's ongoing series "Possibilities of a Structure". Which suggests at once a curiosity in the fabric of our universe and a profoundly human hope for underlying rationality behind the chaos of the world.

Join artist Eduardo Terrazas & curator and contributor to the book Hans Ulrich Obrist at the event.

DESCRIPTION
Eduardo Terrazas has explored a lifetime’s worth of questions about the nature of the universe through the microcosm of his images. He derives his visual reflections with a basic geometric structure and a technique that is inspired by the Huichol tablas from Mexican indigenous tribes. His highly colourful and playful series "Possibilities of a Structure" – of which Cosmos is a subseries – has been an ongoing project since 1974 and comprises over 650 works until today: an artistic exploration of the boundaries of the infinite.