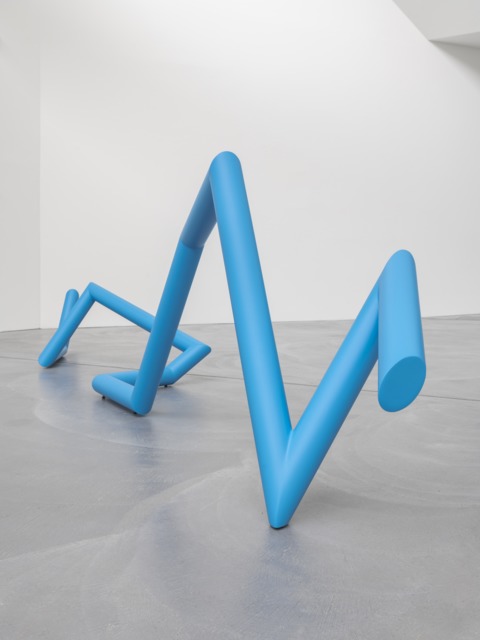 'One's hopes and goals are as individual as can be, but the ability to imagine oneself in a bettered future is a common human denominator. Lived experiences are processed in our brains while asleep, synthesised into often nonsensical scenarios. Interpreted as omens, parallel realms or mere chemical processes, our dreams inspire us in waking life and are transmuted into reality.

We tend to equate the realisation of our dreams with economic growth. Be it the dreams of a home, an education or simply more possessions, we seem to be unable to escape this equation. However, devastating financial crises are reoccurring, as certain and forceful as high tide or solar eclipse. And the sum of our dream-chasing keeps piling up: What is left is the icons of these failed plans, and the radical and irreversible changes to our planet. What would be an improved future for one will become a disaster for all.

Our dreams and reality are reciprocally linked. But it seems as if this link is somehow corrupted, caught in a simultaneously productive and destructive loop. While it remains unclear whether we need to dream of better plans or execute these plans better, we need to somehow re-calibrate this relationship to change course. ' - SUPERFLEX 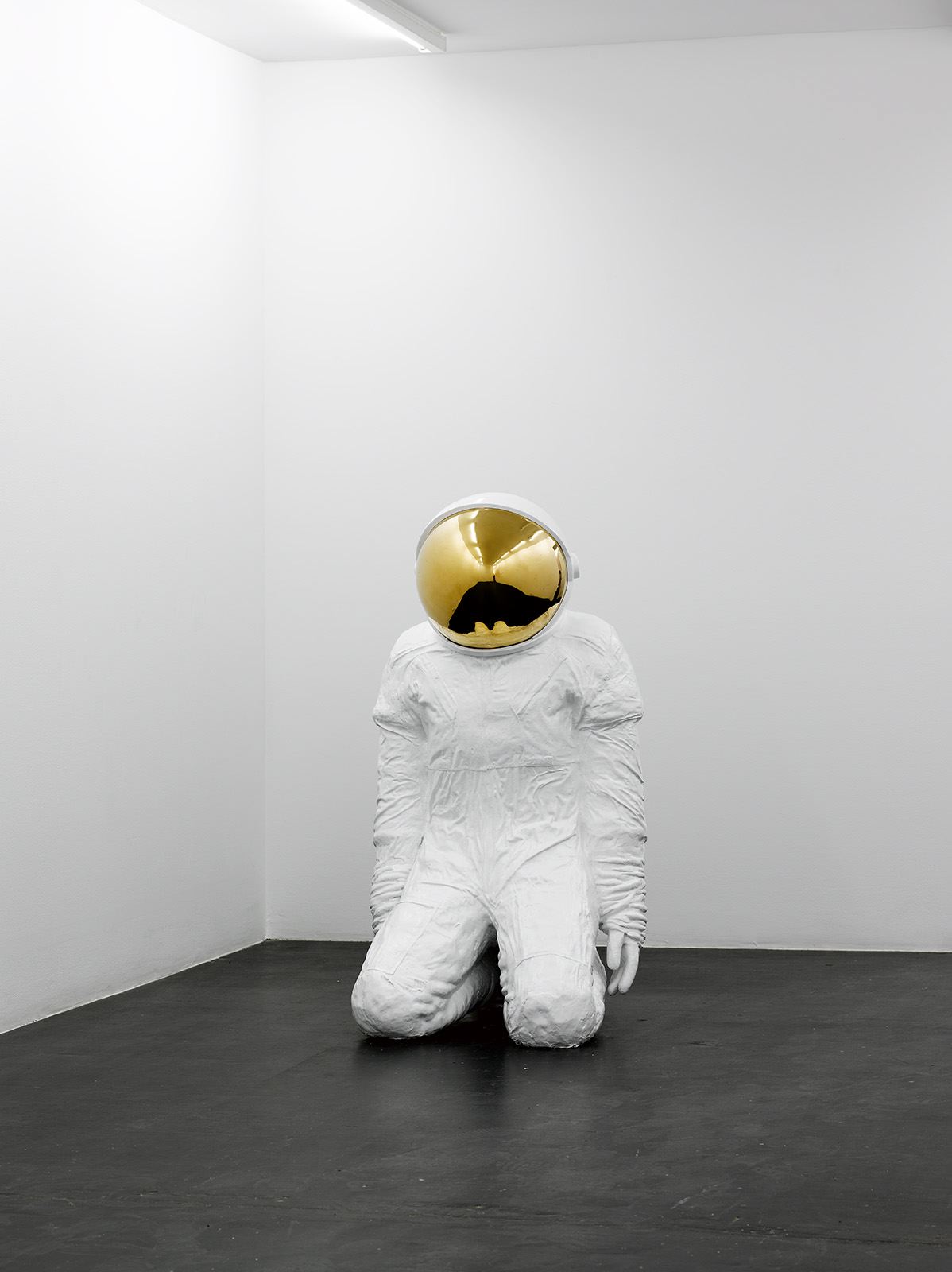 'Jone Kvie has devoted his artistic practice to exploring the possibilities and limitations of sculpture. His starting points are often phenomena in society and science that we humans can barely comprehend. Through the qualities of the sculptures and materials, he adds new layers of meaning, new spaces of possibility.

For this exhibition, we’ve included works dating back to the early 2000s. It was at this time that he made several sculptures exploring partly-unknown natural phenomena. With his interest in the universe and humanity’s place in it, Kvie explored everything from mineral deposits in places that are difficult to reach, to meteorites and stardust in outer space. Several sculptures are inspired by human exploration of the universe through outer-space travel and the extreme exploitation of natural resources as represented by atomic energy. Indeed, natural science is a stimulus for the artist, but such research-based knowledge never takes precedence when he creates sculpture. Kvie wants to make works that can be experienced on their own premises, for instance respect to their form, use of materials and combination of materials.

In the last few years, Kvie has become increasingly interested in the human body’s encounter with sculpture as form. He has worked with basalt as a material; it interests him partly because basalt dust is not harmful to the human body. He gives the sculptural stones minimal treatment and combines them with elements that show traces of human activity. Kvie’s most recent works include marble, steel and concrete. They are inspired by physical signs of human activity in the landscape. A rusty fence post is a good example: Kvie explores the inherent qualities of such objects and creates works of art that enable physical encounters between themselves and the viewer.' - Stavanger Kunstmuseum 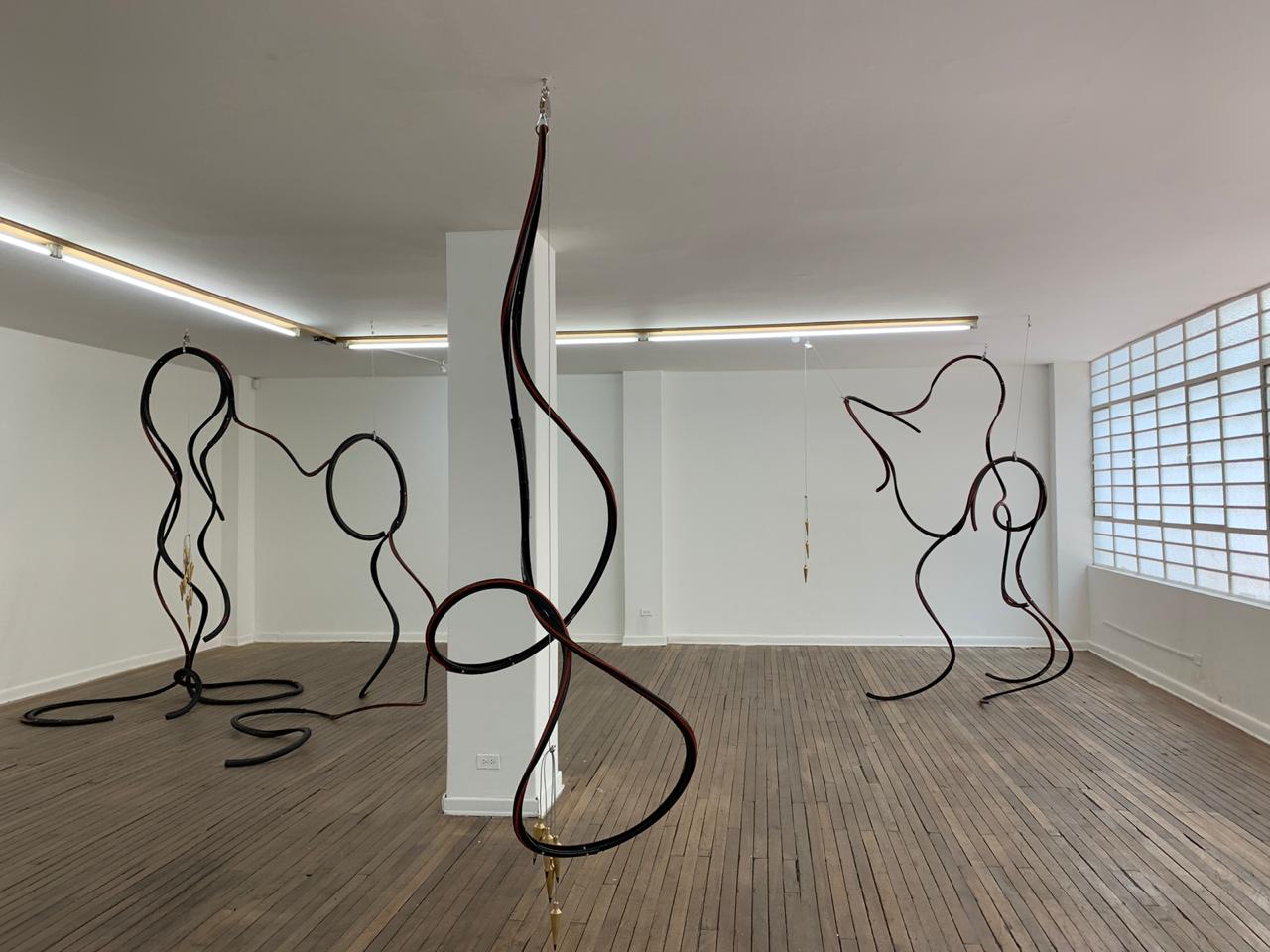 Darío Escobar’s work often makes use of the concept of the readymade, but the objects Escobar choose are always altered in some way or another. Through the alterations as well as the placement in an artistic context, the objects gain new meanings. General themes in Escobar’s work are the complex relations between globalization, aesthetics, colonialism, modernism and consumerism.⁠ 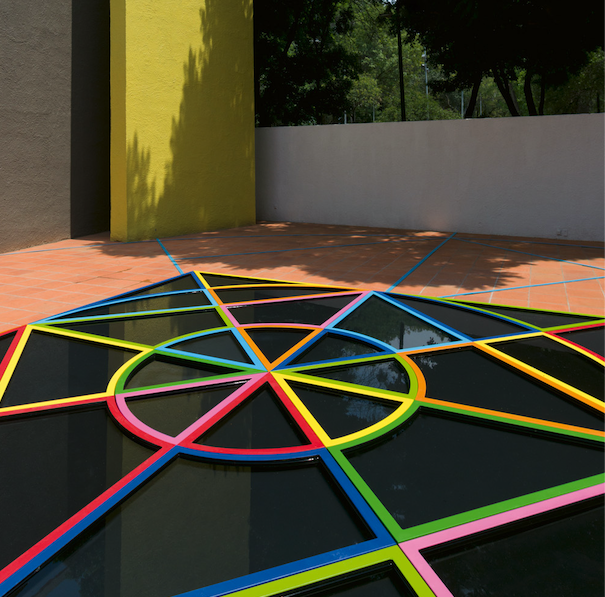 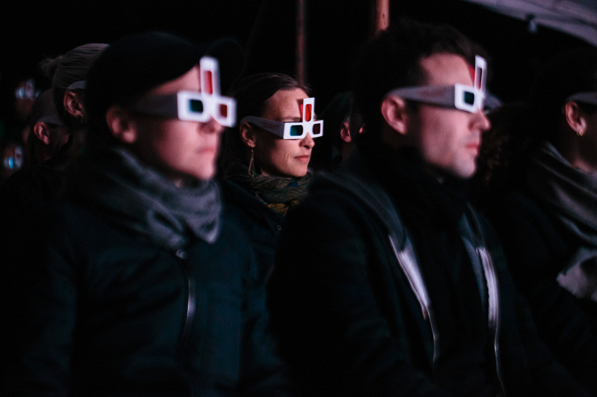 Lea Porsagerh has attended a residency programme at CERN - the European Organization for High Energy Physics. Out of this meeting, the exhibition [WEAK] FORCE, inspired by the neutrino, springs. The neutrino is the mysterious elemental particle also called "The Ghost Particle", which physicist Wolfgang Pauli conceived of in 1930. The mass of neutrinos is 100,000 times smaller than the electrons and the body is constantly penetrated by these small particles coming from outer space. Neutrino horns are used for particle tests at CERN. Briefly, the neutrino horn is used to focus a neutrinoflow to a beam. In this way, it becomes possible to study these intangible particles that constantly bombard the earth.

In Porsager's 3D animations, the spectator floats like a neutrino particle through virtual neutrino horns - accompanied by a pulsating sound of gong and mantras. The movies must be experienced With 3D anaglyph glasses on. Porsager's special glasses extend the limited human sensory system with an extra glass - a third eye.

Roskilde Festival and BLOOM are both partners at the exhibition.

The LP is supported by the Augustinus Foundation.

CØSMIC STRIKE is created as part of the Collide International Award, Arts at CERN and FACT, and coproduced by ScANNER. Supported by Danish Arts Foundation. 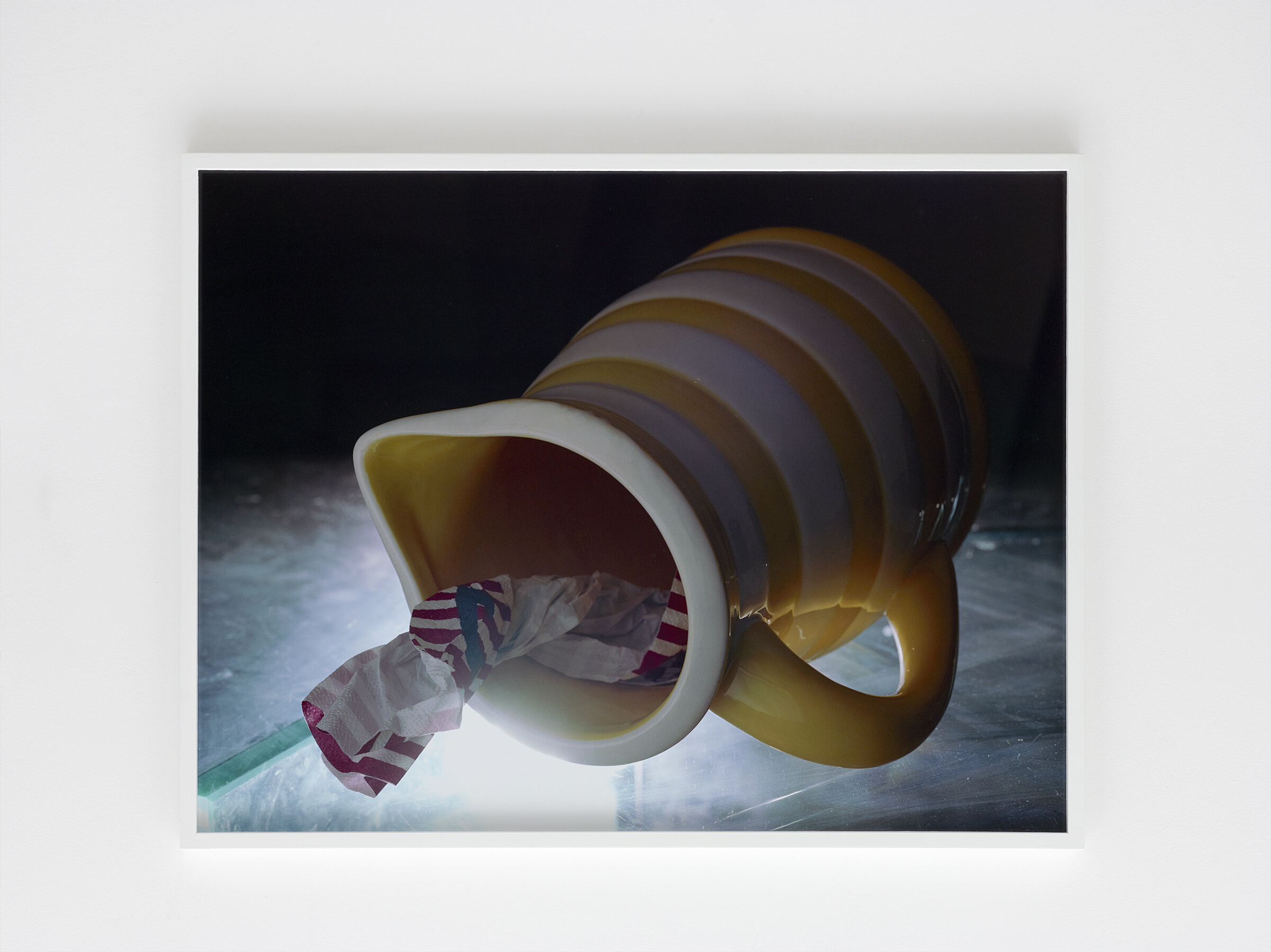 The Museum writes: The feeling of unease is often present in Rødland’s photographs. In his works the viewer encounters an ambiguous scene which may be the result of either tenderness or violence. The subject is often a person in a disturbingly intimate situation filled with tension and which allows multiple interpretations.

Although Rødland’s medium is photography, the key work in the exhibition Fifth Honeymoon is the new film Between Fork and Ladder, shot in Los Angeles and the scenic landscape of Norway’s Lofoten Islands." 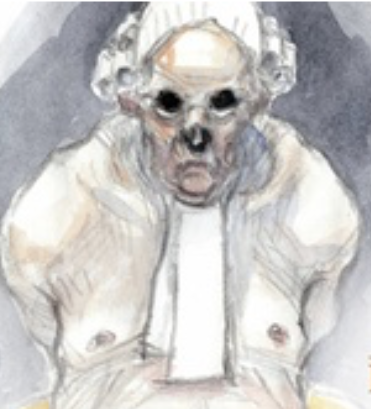 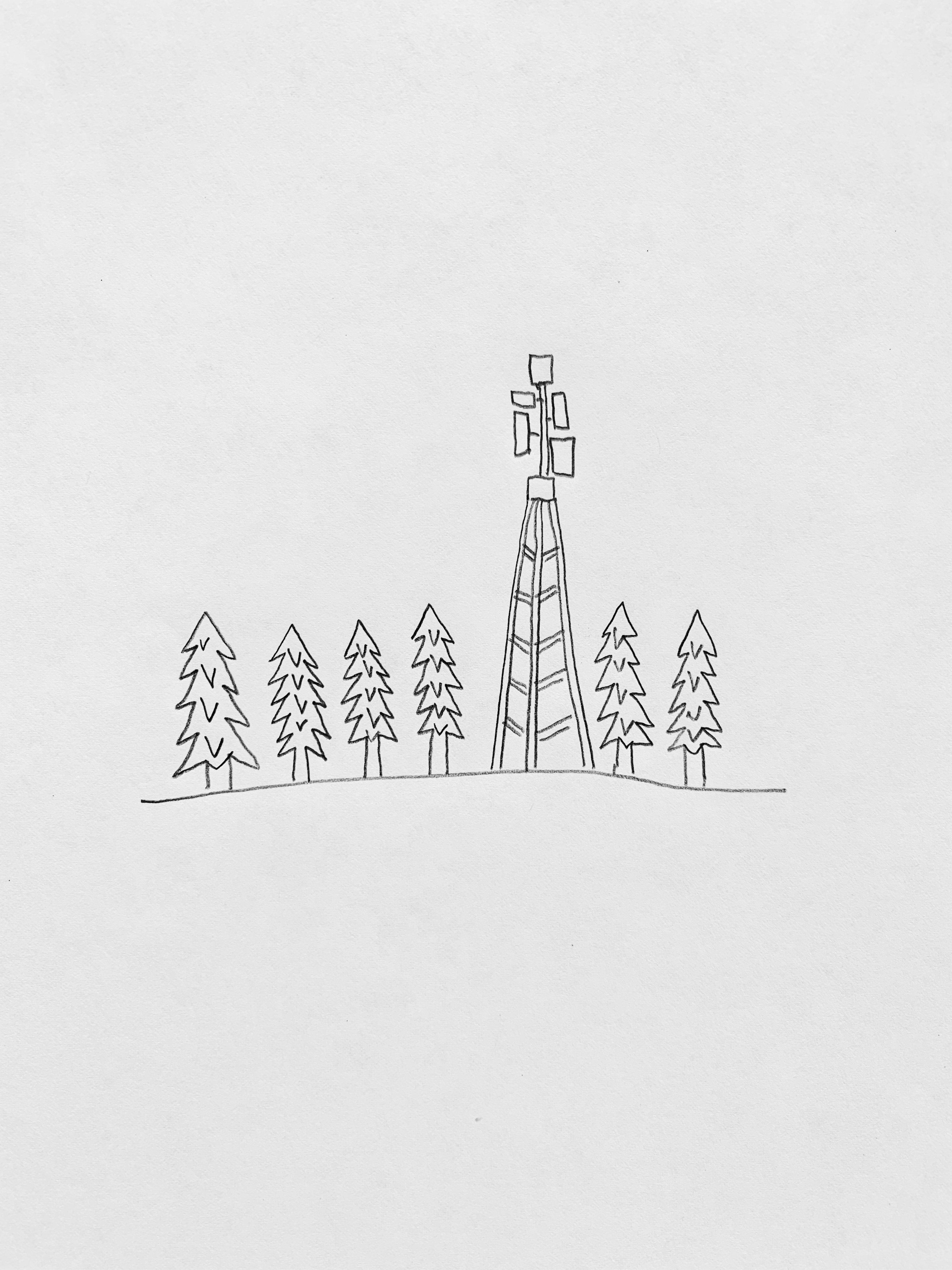